I just did a piece for my friend's (I'm one of the "friends") show at Munky King.
The exhibition runs until August 12, 2012...so if you're in LA or around melrose...drop in and definitely check it out.
Touma designs a lot of toys in Japan...his own characters and customs...but also for the likes of Bandai, etc..
My piece takes one of his better known characters...Goon....and transforms it into something we don't normally identify it with...a woman! 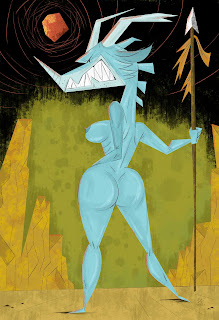 Posted by Chris Mitchell at 6:49 PM No comments:

Tarantino, the Bros., and a whole lot more...

This is a really old post...for some reason it stayed in "draft" format...better late than never??


So, yeah, I haven't posted in ages. Anyone who bothers to even check my blog...I apologize. BUT, I'm posting now..haha..woohoo..

For those of you who don't know by now....I opened a shop!! It's located in the historic Little Tokyo area of downtown Los Angeles. It's called Q Pop.
Check it out at:
www.qpopshop.com

Let me just say right off the bat...running a shop is NOT easy. For those of you who think it must be some kind of piece of cake..Think AGAIN!!..
It can be a royal pain in the a**. We just aren't able to hire a lot of people to help out also.
But it's also been a lot of fun...and I get to meet some of the coolest and most interesting people. And a lot of great friends HAVE helped out...otherwise we probably would have quit by now..haha..
We've had 2 events at the shop..The last one being a fundraiser to raise doantions to help Japan in it's current crisis. Both of them were extremely difficult to organize in different ways. The fundraiser was organized in less than a week by only Miki and myself and we had over 100 donated pieces of art and hundreds of artists to deal with. It was insanity. But somehow, we managed to pull it off...with some help from friends..and we raised around $9000 to boot. Not bad for a shop that's only been open for 5 months.
Apart from all the shop stuff,,which takes up almost ALL of my time.. I also had the luck to be asked to participate in the Quentin Vs Coen show...a tribute to Quentin Tarantino and The Coen Brothers. I managed to squeeze this into my schedule and it was a lot of fun.
I struggled a bit trying to figure out what to do for my piece. Was it gonna be Coen or Tarantino?...
I actually hate Tarantino and most of his films..but that doesn't necessarily mean he's a bad subject for a painting.
I love the Coens..but which film? What character? There are sooo many good ones to choose from..
I toyed around with different ideas. Even something from True Grit(which isn't one of my favorite Coen films).
I finally decided on one of my early favorites..Raising Arizona. When I saw this film it was with my good friend Mark Kennedy...and we were in high school!! It was seriously one of the coolest, funniest films I had seen. The direction and camerawork were so inventive and off beat..it influenced my ideas about what could be done in film...especially on a low budget.

The character I finally picked was the Lone biker of the Apocalypse, Leonard Smalls.!! 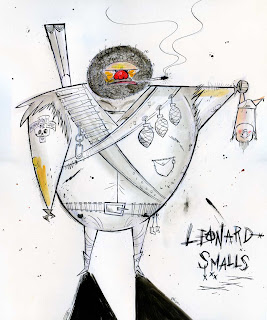 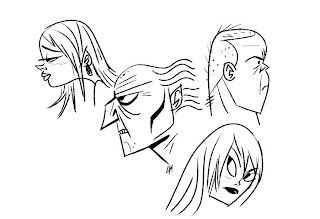 Posted by Chris Mitchell at 3:07 PM No comments:

So after talking with my friend... I am deciding to post some quality art every day...Here's Day 1..yay!! You may recognize some of the characters...like the hairy butt.. so popular in his day.. 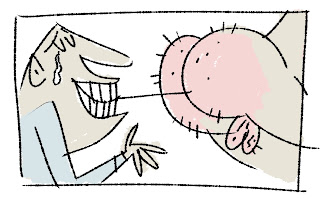 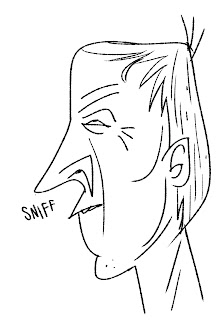 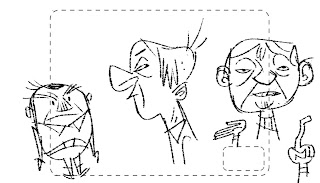