Finished a few new Kaiju prints since I last posted...

Mefilas was a supreme badass who stalemated with Ultraman.

The last 2 that I finished were Zetton and Jamilar

Zetton was just voted #1 Kaiju by the fans...beating out the usual #1- Baltan Seijin...

Zetton actually defeated Ultraman in the final episode of the series.. for those that don't know.

Jamilar is a tragic Kaiju...an astronaut turned into a monster who meets a sad end at the hands of 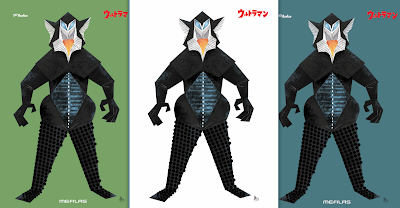 Posted by Chris Mitchell at 2:50 AM No comments:

So I've been busy putting together some little art shows at my shop Q POP...hahah...over 60 friggin artists "little" art shows!!
What a pain in the butt...but so much fun.
The most recent one is a tribute show to one of the "gods" of japanese comics, GO NAGAI.

This project was a bit of a labor of love for me. He happens to be one of my favorite comics guys.
Not for everyone I admit, but it's important for people, even on this side of the globe, to understand how much influence he's had....on comics and animation....on film in Japan.....and ultimately...on animation and film here in the western world.

There would be no Giant Robots as we know them if he hadn't developed that genre... no transforming robots...and no Sailor Moon!!

Even his post apocalyptic saga " Violence Jack predates MAD MAX( one of the most influental sci fi films) by almost 6 years....and paved the way for Fist of the North Star.

Anyway, I decided to do an iconic character of his...Mazinger Z. The first ever human piloted robot.
I've been doing my Ultraman series of Kaiju prints...and decided to format this Mazinger Z print in a similar way. I liked the way it turned out and it makes me want to do all the villains and other characters from the show in the same way I'm trying to do all the Kaiju from Ultraman.... 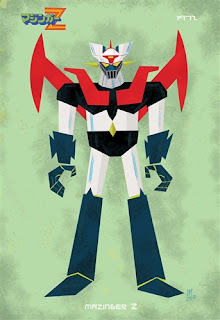 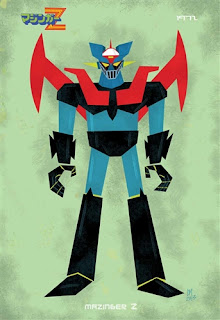 Speaking of Kaiju.....I also have 2 new Ultraman Kaiju prints in the series... this time I did Jamilar...and Zetton.

All 4 prints are available in the Q Pop webstore:
store.qpopshop.com


Posted by Chris Mitchell at 7:39 PM No comments:

Here's my piece for Tara Billinger's Sloth show @ Q Pop. It's a solo show for Tara but she had a few "guests" do some sloth pieces. There's mine, and also some cool one's from Andy Ristaino ( Adventuretime), Brianne Drouhard, Zach Bellisimo, Kali Fontecchio, and Jack Cusumano.
I love kaiju so I decided to make a sloth inspired monster...called Slothra of course..

All artwork from the show is available in the Q Pop webstore...

Please come by and check it out. 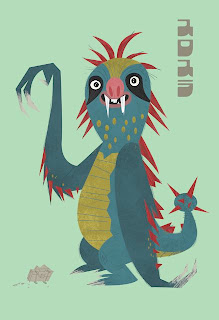 Posted by Chris Mitchell at 5:36 PM No comments: 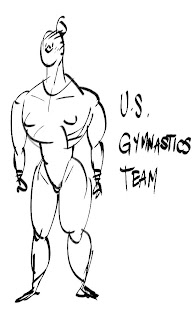 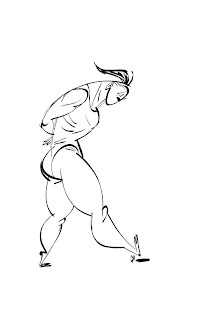 Posted by Chris Mitchell at 6:30 PM No comments: 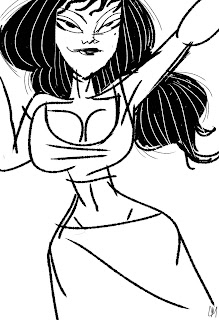 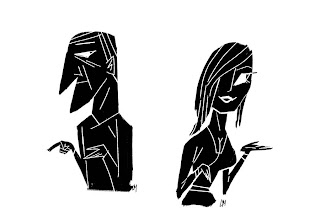 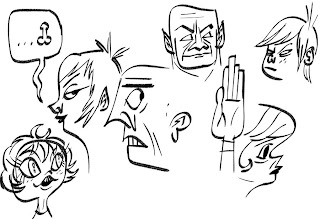 Posted by Chris Mitchell at 3:13 PM No comments:

These were designs I did for a film a while back. A different incarnation of that film is coming out in a month or so.. It's interesting to take a look at these in context of what the final film came out looking. 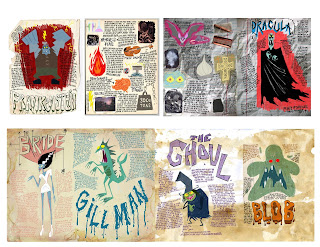 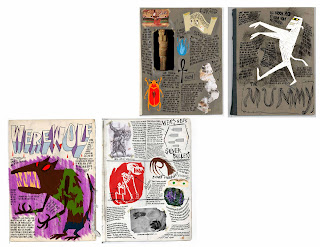 These were actually supposed to be pages of notes from the main characters journal. I also designed an opening title sequence, that would intro the monsters through these journal pages. I liked how these came out, but that version of the film was canned. AA well..

Well...I'm sure all guessed that the film was Hotel Transylvania. I worked on a previous version ( actually 2 previous versions!!!) with another director. After working on that version for over a year, I left Sony. Ironically, that's when Genddy came in to direct the version that was realized. I'm sure I would have been WAY more suited to that version, having worked with Genddy for many years....and it was a much more comedic approach than the first version I had worked on.
Posted by Chris Mitchell at 5:02 PM 1 comment:

In the World of Q, there also lives......Q-chan. Q-chan is a forest sprite that lives in the Strawberry Forest. He has a friend named Dr. Worm too, who is the resident therapist in Q. 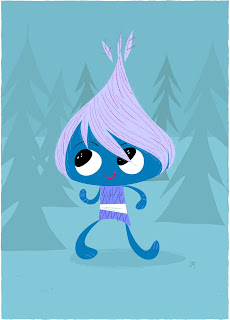 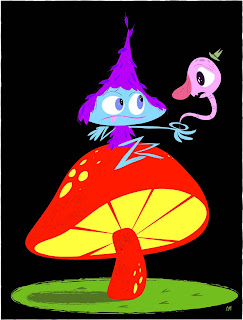 These are some early concepts I did....
Posted by Chris Mitchell at 4:09 PM 3 comments: 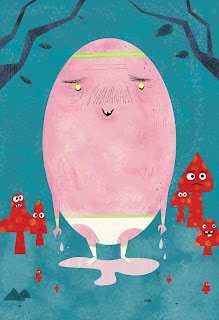 Ero-G lives in the Mushroom Grove in the World of Q. He loves girly underpants.
Posted by Chris Mitchell at 4:03 PM No comments: